Block chain Technology is the latest method introduced for better interaction between online users. This breakthrough technology has been designed to provide safe and secure encryption which promises higher level of privacy than before. Through this technology, the transfer of data that takes place between two users will remain between the two without any traces which could be followed by a third party. However, it is also important to note that Block chain is said to be a combination of previously existing technologies rather than a new formula.

First and foremost feature of the Block chain is authentication. It goes without saying that online interactions can bring slight discomfort of ‘trusting’ the second party in question. This is why the possession of what Block chain calls “private key” is provided to parties after identification which is necessary.

The second feature worth noticing is that in order to possess the key, users are not asked to provide unnecessary information bits. Usually, personal information can leave one at risk of hackers and scammers online. This is why you are asked only for the most basic and important information.

At the same time, Block chain realizes that authentication and identification are not enough. It is also necessary to have authorization for peer-to-peer network. Only through this network can the potential failures or risks of corruptions be eliminated completely.

This is the reason why Block chain has become increasingly accepted by entrepreneurs and industrious people. The authorization of transactions has been facilitated with a trust that was never present before. It has come to be known as the “Internet of Value” therefore establishing the foundation of trusted authorization between two parties.

The Block chain technology is essentially built using the following three technologies which have been known:

The first step of Block chain technology is to keep record which is also called “ledger”. The data exchange or transaction is turned into “block” in the said ledger. Afterwards, the P2P or peer to peer network made from nodes is used for verification of the transactions. Lastly, it is signed and verified. This last step adds the transaction to the Block chain ultimately.

The “keys” are divided into Private Keys and Public Keys which are essential for digital signature for making transactions. The Public Key is your identification for others to know whereas the Private Key is used for authorization.

This is the reason it has become so popular among crypto currency transactions and more famously associated with Bitcoins. Additionally, Block chain has become a transaction layer which is also growing common within government institutions and IT firms. This could be said to be the revolution of digital relationships which were never as secure before the introduction of this latest trend. 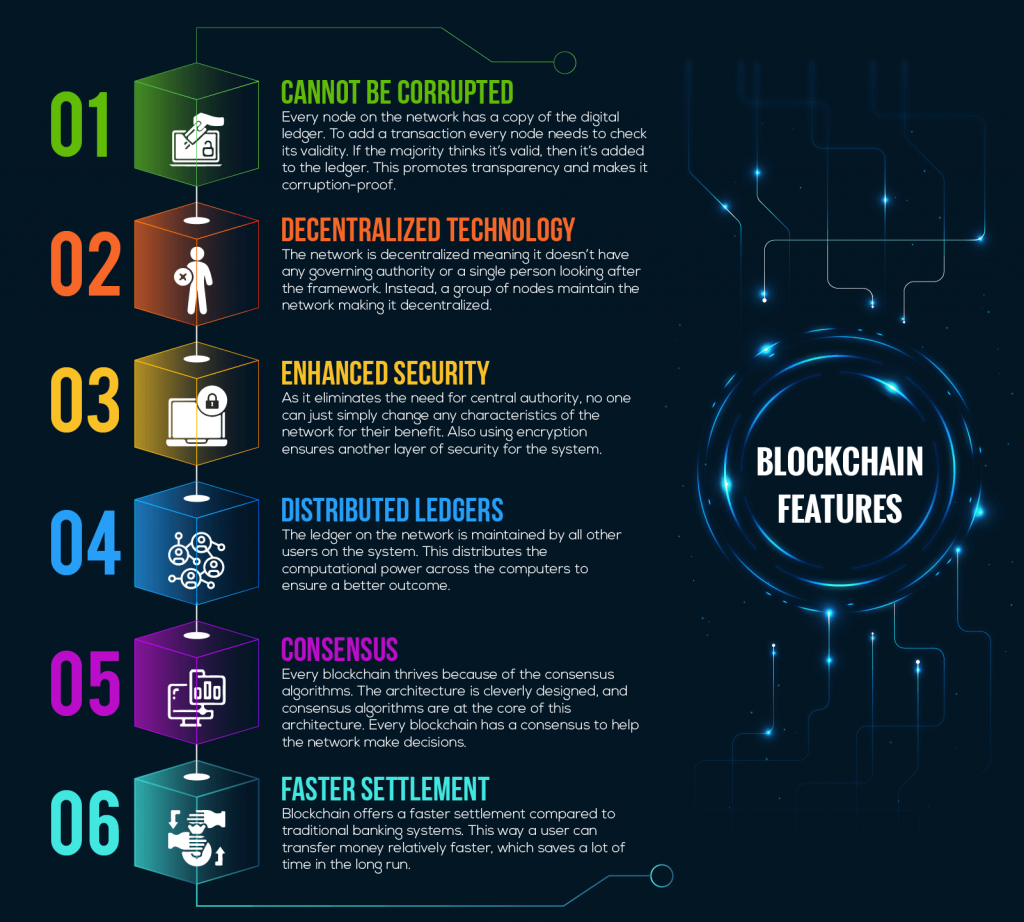 Find out more or adjust your settings.

This website uses cookies so that we can provide you with the best user experience possible. Cookie information is stored in your browser and performs functions such as recognising you when you return to our website and helping our team to understand which sections of the website you find most interesting and useful.

Strictly Necessary Cookie should be enabled at all times so that we can save your preferences for cookie settings.

If you disable this cookie, we will not be able to save your preferences. This means that every time you visit this website you will need to enable or disable cookies again.

We use cookies to ensure that we give you the best experience on our website. If you continue to use this site we will assume that you are happy with it.Ok